‘Decades ahead of his time’: history catches up with visionary Jimmy Carter 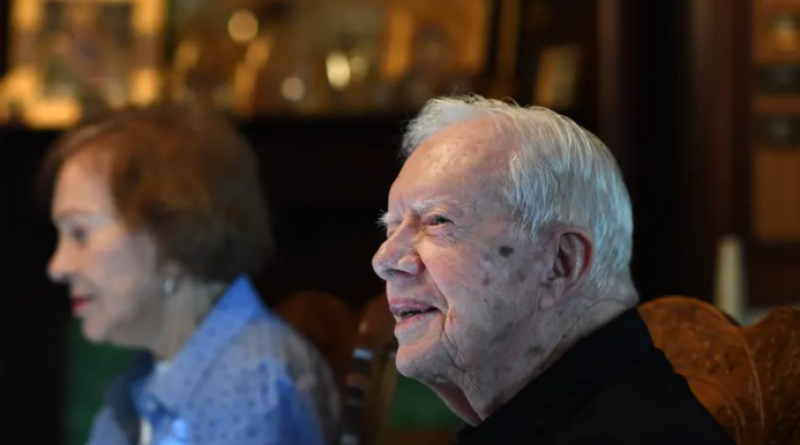 A new film rejects the popular narrative and recasts the former president, 96, as hugely prescient thinker, particularly on climate change

When I reach Jimmy Carter’s grandson by Zoom, he answers wearing a Raphael Warnock campaign T-shirt. Jason Carter is a lawyer and politician himself, mid-40s, animated and well-read, with blue eyes reminiscent of his grandfather’s. He’s just got off the phone with his 93-year-old grandmother, Rosalynn. It’s a special day; Joe Biden is on his way to the Carter house in Plains, Georgia.

“My grandfather has met nearly everyone in the world he might want to,” Jason Carter says. “Right now, he’s meeting with the president of the United States. But the person he’d say he learned the most from was Rachel Clark, an illiterate sharecropper who lived on his family’s farm.

“He didn’t pity her,” Carter says. “He saw her power. My grandfather believes in the power of a single human and a small community. Protect people’s freedoms, he says, and they can do great things. It all comes back to an enormous respect for human beings.”

As Biden convenes world leaders, U.S. pledges to cut emissions up to 52 percent by 2030.