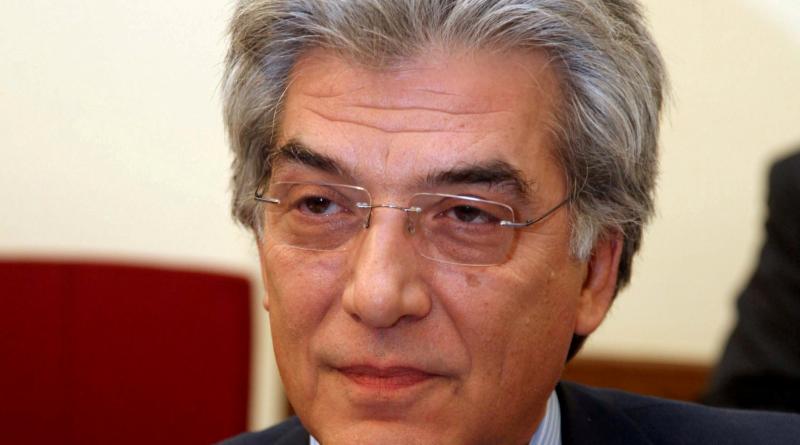 Renewables now supply more than a quarter (26%) of global electricity production but current trends in the sector show that bolder policy decisions are needed across all end-use sectors to make our energy systems sustainable.

Tuesday, 18 June 2019 - Paris: Renewable energy is increasingly powering the world, but erratic policy making is holding the sector back from its potential contribution to cutting carbon pollution and meeting climate and development targets, according to REN21's Renewables 2019 Global Status Report (GSR), released today.

The report confirms that for the fourth consecutive year, more renewable power capacity was installed than fossil fuel and nuclear power combined - 100 gigawatts (GW) of solar PV alone was added in 2018, enough to meet more than 25% of electricity demand in France.

But a lack of ambitious and sustained policies to drive decarbonisation across the heating, cooling and transport sectors means countries are not maximising the benefits of the transition - including cleaner air and energy security - for their people.

"A key breakthrough could occur if countries cut their fossil fuel subsidies which are propping up dirty energy" says Rana Adib, Executive Secretary, REN21. Ambitious policy and regulatory frameworks are critical to creating favourable and competitive conditions, allowing renewable energy to grow and displace more expensive and carbon-emitting fuels. Forty countries have undertaken some level of fossil fuel subsidy reform since 2015, but these subsidies continued to exist in 112 countries in 2017, with at least 73 countries providing subsidies of over USD 100 million each. Estimated total global subsidies for fossil fuel consumption were USD 300 billion in 2017, an 11% increase from 2016.

- Global renewable energy uptake no longer depends on just a few countries. In 2018 the global deployment of renewables kept up a steady pace overall with the European Union's roll-out slightly up and China's annual installations and investment declining compared to year prior. This shows renewable energy is a strong, global powerhouse.

Cities are increasingly becoming strong drivers in renewable energy deployment, adopting some of the most ambitious targets for renewables globally. In numerous cases, these commitments and actions have exceeded national and state/provincial initiatives. More than 100 cities (ranging from Nairobi/Kenya and Dar es Salaam/Tanzania to Auckland/NZ, Stockholm/Sweden and Seattle/USA) use at least 70% renewable electricity, and at least 50 cities put in place renewable energy targets covering power, heating and cooling, and transport. 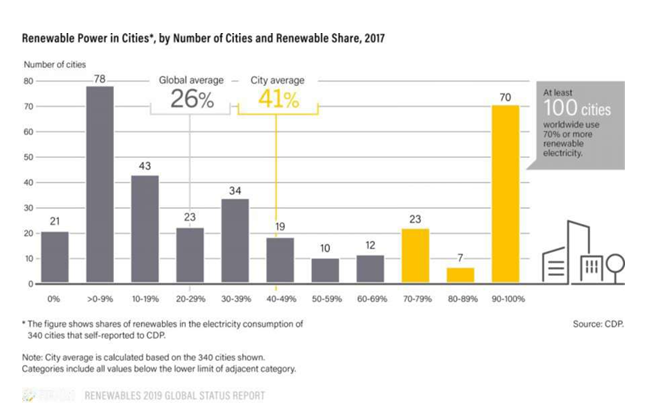 There is a huge opportunity for countries to drive action by expanding the transition to the heating, cooling and transport sectors. Renewables supply more than 26% of global electricity, however they provide only 10% of the energy used for heating and cooling and just over 3% for transport. This imbalance between energy sectors is in large part due to insufficient or unstable policy support. The number of countries with a policy for renewables in heat actually declined.

Despite insufficient support, initiatives in transport, heating and cooling sectors are being implemented. Sustainable biofuels, EVs and fuel economy policies are reducing overall fossil fuel dependency in the transport sector. Ambitious policies, such as Brazil's 27% blending mandate for ethanol and California's (USA) Low Carbon Fuel Standard Program, demonstrate renewables' contribution to the transport sector. Heating and cooling policies include building energy codes, renewable heat incentives and mandates, and indirect approaches like carbon pricing. Carbon pricing remains acutely under-utilised. By the end of 2018, only 44 national governments, 21 states/provinces and 7 cities had implemented carbon pricing policies, covering just 13% of global CO2 emissions "With the countries needing to come back with more ambitious climate targets in 2020, this report shows there are an array of opportunities to scale up action and improve people's lives byextending the benefits of the energy transition throughout the economy," says REN21 Chair, Arthouros Zervos.

About the REN21 and the Renewables Global Status Report (GSR)

Made up of a worldwide community of players from governments, inter-governmental and non­governmental organisations, industry, science and academia, REN21 is a global network that provides high-quality, up-to-date information to shape the energy debate. REN21 is committed to a sustainable energy future. Building on knowledge and data, REN21 changes the way we think about renewables in turn informing decisions and shaping the future.

First published in 2005, the GSR provides a comprehensive overview of what is happening in the renewable energy sector. This year's report focuses on 2018 developments and trends by markets, investments, and policies worldwide. Now in its 15th year, this annual report has become the industry standard for renewables. It is built on data and information provided by REN21's network of more than 900 contributors world-wide. Collectively, the information is used to shape debates to push thinking and action on renewables. 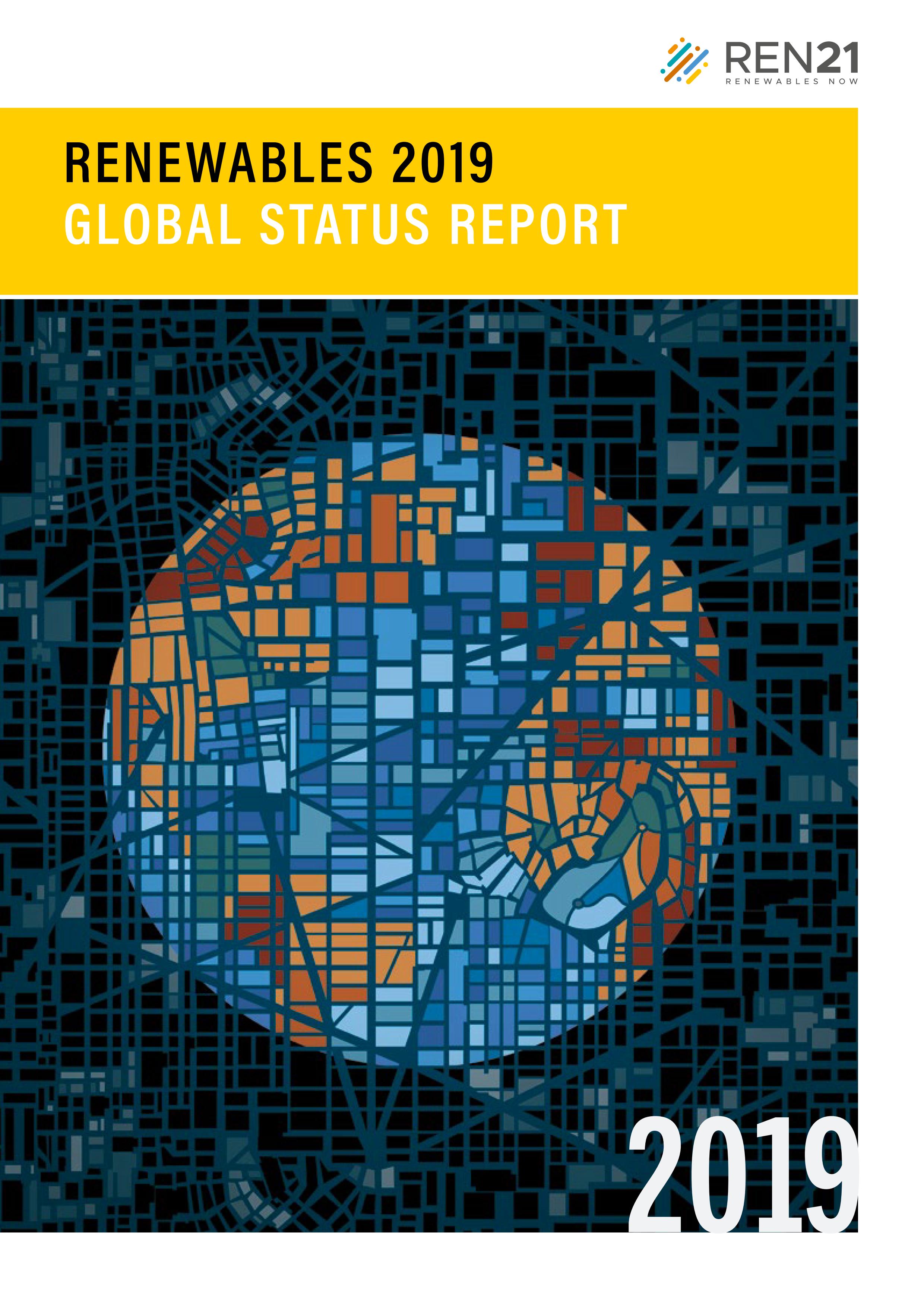