Stiglitz urges joint EU-China trade sanctions against the US on climate change. 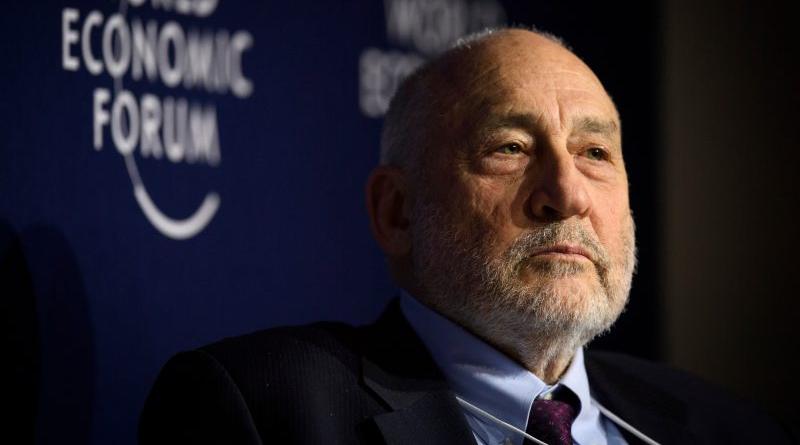 Nobel Prize laureate Joseph Stiglitz has called on Europe and China to join forces against the United States at the WTO, saying America has become a “free-rider” on climate change under the Trump administration, in violation of global free trade rules.

“There can’t be a free-rider which takes advantage of others” when it comes to the fight against global warming, Stiglitz told EURACTIV in an interview.

“That’s why I think Europe and China have to have some enforcement mechanisms” to make sure the Paris Agreement is implemented consistently by all major economies, he said during a visit to Brussels last week.

“There are mechanisms consistent with the WTO for enforcement,” he said.

The 2001 Nobel laureate in economics was in Brussels to promote his new book, “Rewriting the rules of the European economy,” published in partnership with the Foundation for European Progressive Studies (FEPS).

China and the European Union have emerged as the biggest supporters of the Paris accord after US President Donald Trump decided to withdraw from the pact in 2017.

The US became the world’s largest crude oil exporter the following year, surpassing the likes of Russia and Saudi Arabia for the first time in more than two decades on the back of looser environmental regulations adopted under the Trump administration.

But Stiglitz argues Europe and China should now consider climate-related trade sanctions against the US. And there is a legal precedent at the World Trade Organisation to provide them with the legal grounds to do so, he suggested.

Twenty years ago, the US successfully brought a case against Thailand at the WTO, saying the East Asian country violated the CITES convention on endangered species by allowing turtle-unfriendly fishing nets for catching shrimp.

“The US said, ‘We have the right to bloc all Thai shrimp imports because of the violation of the CITES agreement,” Stiglitz explained. The WTO upheld the US decision in the landmark Shrimp-Turtle case, adding however that any import restrictions must apply uniformly to all countries violating the agreement, not just Thailand.

According to Stiglitz, the case set a legal precedent that lays the foundation for future climate-related trade restriction measures consistent with WTO rules.

“I asked one of the judges on the panel whether he understood the implications for global warming – and he said yes,” Stiglitz told EURACTIV.

Climate-related litigations are expected to break new grounds following a report by the Intergovernmental Panel on Climate Change (IPCC) last year, which warned about the implications of warming beyond 1.5°C.

“This report provides us strong arguments to use in the court rooms,” lawyer Roda Verheyen told EURACTIV in October last year. “By not stepping up their climate action, governments are failing to do their duty to protect citizens,” she said.

Stiglitz’s call for a global level playing field on climate change resonates with long-standing demands in Europe to ascertain a greener trade agenda that confronts both social and environmental dumping.

Macron had earlier called on Europe to “put in place a border tax” for countries that refuse to sign up to the Paris deal. Such a “border adjustment mechanism” would “avoid penalising our companies because of our climate commitments,” the French president said.

n Brussels, the European Commission is also more assertive when it comes to environmental standards in trade, and started including a climate clause to new trade agreements with foreign powers.

“Trade is about exporting our standards, be they social or environmental standards,” said Commission President Jean-Claude Juncker, as he announced a “new industrial policy strategy” in 2017.

Trade deals with Japan and Canada were the first to carry a climate clause.

The use of litigation is also becoming more widespread among climate activists. Stiglitz himself is involved in a lawsuit brought by 21 children against the US government for failing to act on climate change.

“US rules systematically discriminates against young people because they are not protecting their future” and deny them the right to a “due process” which is guaranteed by the American constitution, Stiglitz argues.

The US federal government tried to halt the children’s climate lawsuit but the US Supreme Court rejected its request.

“I think we’re going to win, at least all the way to the Supreme Court,” Stiglitz told EURACTIV.

The Katowice Climate Package: Making The Paris Agreement Work For All

The Global Environment Outlook Report - Human health at a crossroads