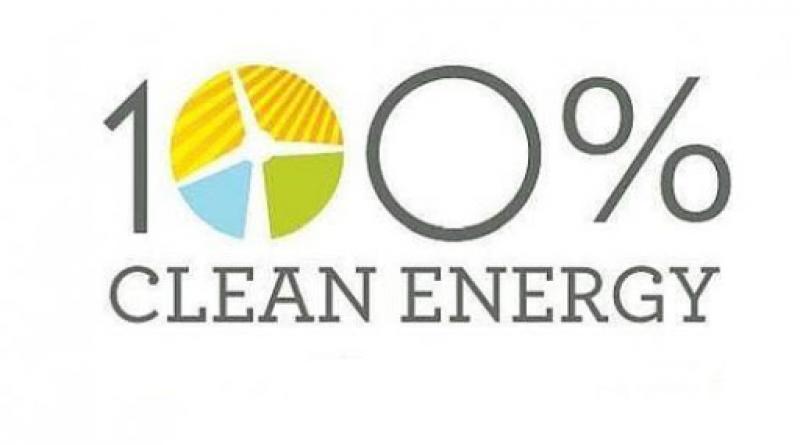 BOSTON -- As students across the country begin a new semester, Environment America Research & Policy Center is launching a campaign on dozens of campuses, pressing colleges and universities to generate 100 percent of their energy from renewable sources. The initiative aims to get 150 schools to commit by 2021 to exclusively using renewable energy.

Work on this nationwide effort will include petition drives and direct engagement with administration officials. In addition, a national report will be produced assessing progress towards 100 percent renewable energy on campuses in April. Thousands of students and faculty from every region of the country are expected to mobilize for this cause.

“Students have already proved that they are difference-makers when it comes to climate action, but they are only just getting started,” said Bronte Payne, Environment America’s 100 Percent Renewable Campuses campaign director with Environment America Research & Policy Center. “From coast to coast, they’ve built and mobilized support for a transition to renewable energy and that leadership should inspire even more positive change. By shifting to 100 percent renewable energy, colleges and universities can play a key role in speeding up the clean energy transition that will provide Americans with a cleaner, better future.”

This push comes at a time when there is significant national momentum for Environment America Research & Policy Center’s 100% Renewable Campuses campaign. This past fall, the University of Arizona became the latest school to commit to 100 percent renewable electricity. Elsewhere, Vanderbilt University, Middlebury College, the University of California at Berkeley and Brown University also announced commitments to powering all of their campuses with clean renewable energy. There are currently more than 30 campuses that have made the 100 percent commitment.

Numerous student leaders across the country are voicing support for this initiative.

For example, at University of California at Santa Barbara, student activism to move the campus to 100 percent renewable energy has included collecting more than 1,000 student petition, 50 VIP sign-ons and earning a resolution of support from our Associated Students Senate.

"Our Chancellor Henry Yang has made amazing progress in moving our university toward a more sustainable future,” said Sarah Jagger, a freshman at UCSB and the 100% Renewable Energy campaign coordinator. “But we need to continue this effort by committing our entire campus to renewable energy, not just for the sake of our own university, but also to inspire other institutions across the nation to follow in rejecting fossil fuels. It’s not just a matter of progress, but rather acknowledging climate change as one of the greatest issues of our time and acting as a coordinated effort to protect our planet."

On the University of Washington campus, students, like freshman and WashPIRG Grassroots Coordinator Sydney Porter, are working to build on the the state’s commitment to clean electricity by 2045.

"WashPIRG's campaign for 100 renewable energy embodies my generation's outcry against industries that are fueling the climate crisis," she said. “We are working to commit our campus to 100 percent renewable energy no later than 2050. We've already built a strong foundation of support from faculty and students alike. Through building support and organizing around issues we are passionate about, WashPIRG represents the change students can bring when students unite."

“Massachusetts must lead the way to a 100 percent renewable future,” said Kaitlyn Mitchell, University of Massachusetts, Amherst, senior and MASSPIRG campaign coordinator. “Our generation is united in calling for a rapid transition away from fossil fuels but we can’t do that unless large institutions like our colleges and universities make bold commitments to 100% renewable energy.”

Environment America Research & Policy Center works to protect clean water, clean air, and open spaces.  We investigate problems, craft solutions, educate the public and decision-makers, and help the public make their voices heard in local, state and national debates over the quality of our environment and our lives.