‘We are a disease that is infecting our planet’: Jason Momoa urges climate action. 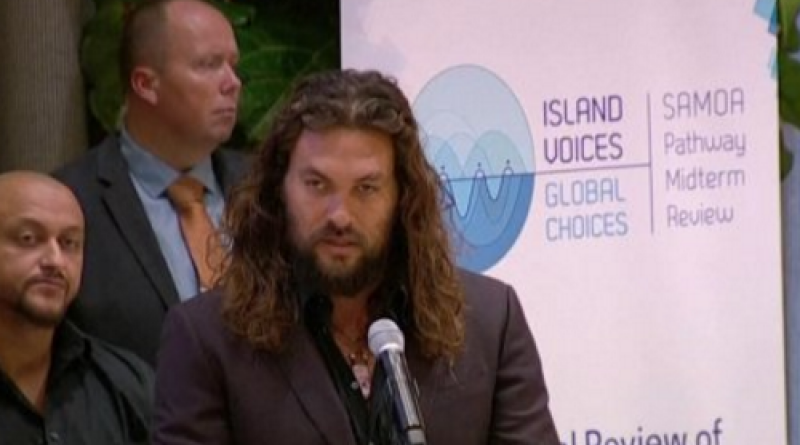 Game of Thrones star Jason Momoa has called on world leaders to do more to halt the devastating effects of climate change on small island countries. 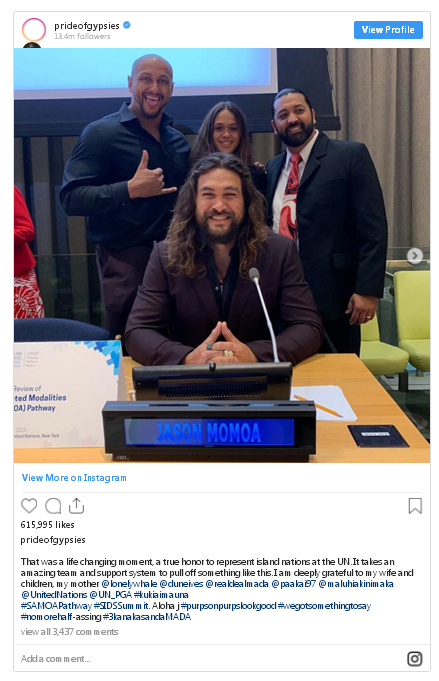 "Island nations contribute the least to this disaster, but are made to suffer the weight of its consequences," he told the audience, which included UN Secretary-General António Guterres.

"We are a disease that is infecting our planet."

Momoa said unity between countries was needed to address the "global crisis" before it is too late.

"If you continue to watch, unsympathetic to the issues of island nations this realisation will soon come; that you stood by and watched the world pass the critical tipping point, ushering the death of our planet," he said.

"As a human species, we need the earth to survive. But make no mistake, the earth does not need us."

Following his address, Momoa shared his speech on Instagram, describing it as "very honest", "direct" and "no BS".

"We’ve been half-assing our global efforts to reverse the climate crisis and this can’t continue," he wrote.

Representatives said they found while some progress had been made in addressing social inclusion, gender equality, poverty and unemployment, inequality and climate change continued to cause "lasting loss of life and property".