“We Are Striking to Disrupt the System”: An Hour with 16-Year-Old Climate Activist Greta Thunberg. 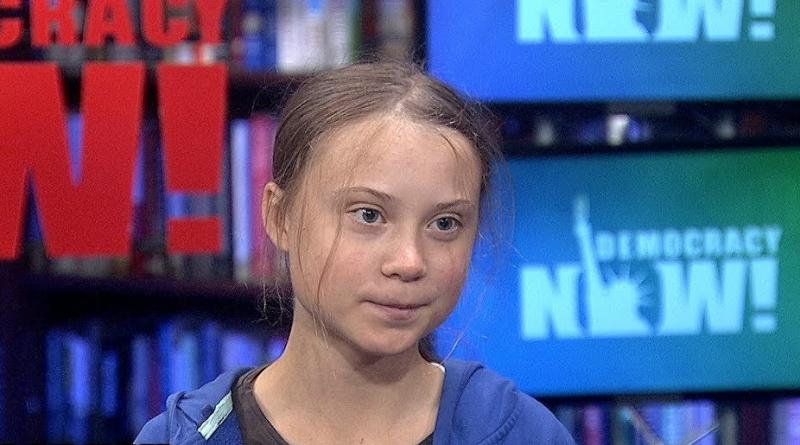 In her first extended broadcast interview in the United States, we spend the hour with Greta Thunberg, the 16-year-old Swedish climate activist who has inspired millions across the globe. Last year she launched a school strike for the climate, skipping school every Friday to stand in front of the Swedish parliament, demanding action to prevent catastrophic climate change. Her protest spread, quickly going global. Hundreds of thousands of schoolchildren around the globe have participated in their own local school strikes for the climate. Since her strike began in 2018, Greta has become a leading figure in the climate justice movement. She has joined protests across Europe. She has addressed world leaders at the U.N. climate talks in Poland and the European Union Parliament. She has even met the pope. And now she is in New York to join a global climate strike on September 20 and address the U.N. Climate Action Summit on September 23. Greta has refused to fly for years because of emissions, so she arrived here after a two-week transatlantic voyage aboard a zero-emissions racing yacht. She is also planning to attend the U.N. climate summit in Santiago, Chile, in December. Greta joined us Tuesday in our Democracy Now! studio.